The Computer Riots were a seminal event in Montreal’s development and stand as one of the important racial protests of the era.

A brand-new NFB documentary, Ninth Floor, looks at the event in part by showing unseen footage of the dramatic events themselves, recently found in the University’s archives.

Here from Black History Canada is an overview to introduce the Sir George University student newspaper The Georgian from January 31, 1969, partway through the computer riots.

In the spring of 1968, six Black Caribbean students at Sir George Williams University (now part of Concordia University, Montreal) accused a biology lecturer of racism. They complained that the teacher was handing out failing grades to all his Black students, regardless of the quality of their work. The students wanted the university to set up a committee to investigate the charges and they demanded that the students themselves be represented on the committee.

The university agreed to form the committee, but the students were unhappy with the representatives, believing that they would not get a fair hearing. They organized sit-ins and distributed leaflets publicizing their protest.

When the committee dismissed the complaint of racism, on January 29, 1969 all of the complainants as well as about 200 other students walked out of the hearings in protest and occupied the Computer Centre in the Henry F. Hall Building.

The “sit-in” continued until February 10, when representatives from both sides appeared to have negotiated a settlement. The administration agreed to set up a new committee if the students would end the occupation. About a hundred students were left in the building later that night, when the whole agreement fell apart at the last minute. The protesters barricaded the stairwells and shut off the elevators and telephones. The university then turned the whole matter over to the police. Click here for more. 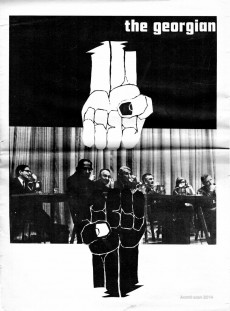 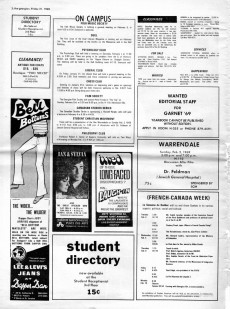 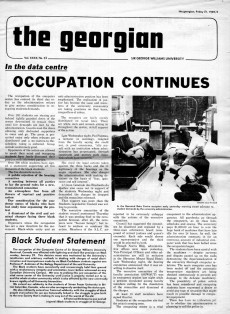 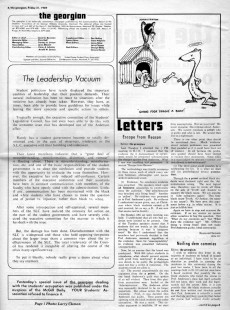 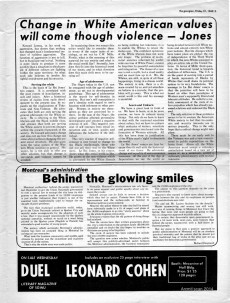 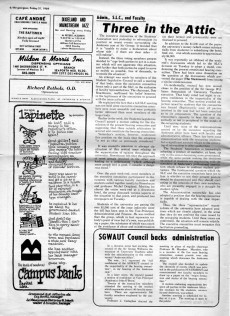 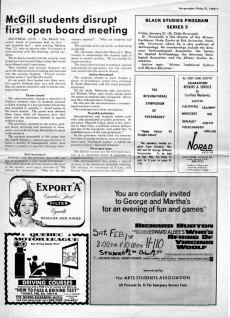 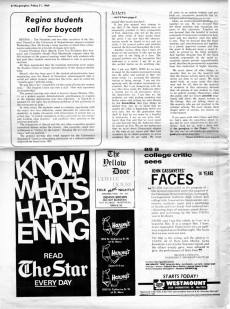