LR: You don’t do that kind of forensics anymore these days; now they analyze the digital signature.

EF: And your DNA. So we were more the hippie commune, not the political kind. There was another – “Tournesol” I think it was called — which was the weed-growing one, where everybody walked around naked and grew weed. One year, I think it was in ’74 just before I came back, we knew that the Olympics were going to happen in Montreal in ’76, so we decided to hold the Meatball Creek Farm Olympics. We invited all the other communes to come in and compete. The one requirement was that you had to represent a vegetable—you couldn’t represent a commune, or a country, so it was like carrots or turnips or whatever. We had potato-sack races, we had weed smoking competitions…

LR: I can imagine how that turned out.

EF: We lost track. (Laughs) No winners, no losers! For the opening ceremonies, we had to run up the dirt road that led to our place in a relay, but at each stop you had to have a toke and a beer. Then you ran up.

LR: I was going to ask if you were passing a joint instead of a torch.

EF: Yeah of course! So that was part of our alternative lives. At one point, we finally went macrobiotic, and that’s where I started to write seriously. So by the time that I l 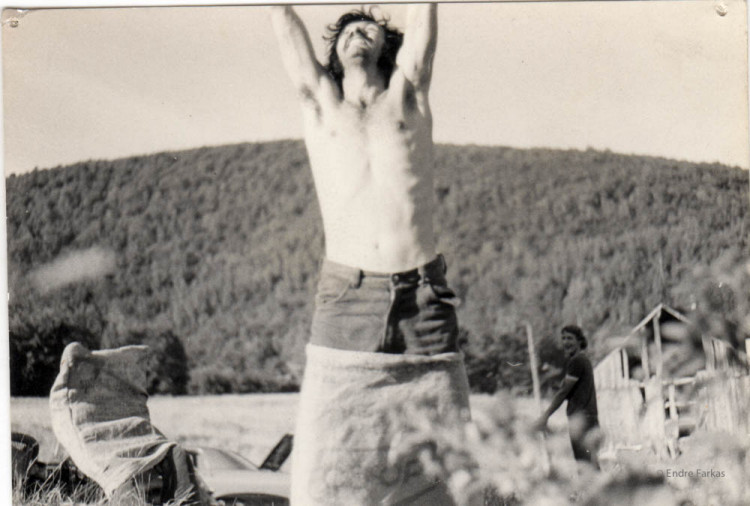 Endre Farkas wins the potato sack race during the mock olympics held between communes in the Eastern Townships, early 1970s.

Around the same time, I started hanging around the Véhicule Art Gallery with Artie Gold, Ken Norris, Tom Konyves. I had found out about Véhicule after I met a colleague, Claudia Lapp, at John Abbott. Her man at the time was François Déry, a visual artist who was part of the collective that started Véhicule Art Gallery. Claudia and Michael Harris were the first ones to run the reading series there, and then Claudia asked me if I wanted to take over. I said sure, as long as I can have Artie with me running the series, because Artie knew a lot more about the scene than I did. So for a couple of years we ran it, and we had just about everybody who published a poem. We brought in the locals that the universities wouldn’t bring in, and also we brought in some of the people who later on read at Concordia. We had bill bisset, the Four Horsemen, we were interested in the different ones. Michael Ondaatje read at Véhicule, we even had Ann Waldman from the States.

We had Steve Morrissey, who then was experimenting with a visual artist to create “Concrete Haikus”. They brought boulders into the gallery. John McCauley got plastic-casted by a visual artist there. Chris Knudsen was working on my mouth, I was working with dancers and musicians, Marie Chouinard performed there, and Margie Gillis.

So Richard’s influence along with all the Véhicule Art Gallery artists’ experimentation made me feel like you could anything you want to do.

LR: There wasn’t any stress that you had to do something “safer” that might get you a grant to pay the bills with, or was it that the cost of living was less of an issue then?

EF: Yeah and rent was dirt-cheap.

LR: What was for example your first apartment when you came back from the commune, what were you paying?

EF: I lived on Wilson below Sherbrooke, near the railroad tracks near de Maisonneuve in a 4 and a half with my woman, I think we were paying $95 a month? I was teaching English to federal government employees. It was Trudeau’s big bilingual push, so the Francophones got money to learn English. After that I got a job at John Abbott College fairly quickly. The CEGEPs were just starting up.

LR: Yeah, they needed a lot of people.

LR: So it wouldn’t take too much work to pay the month’s rent, say a week’s work?

LR: That was a lot for then! 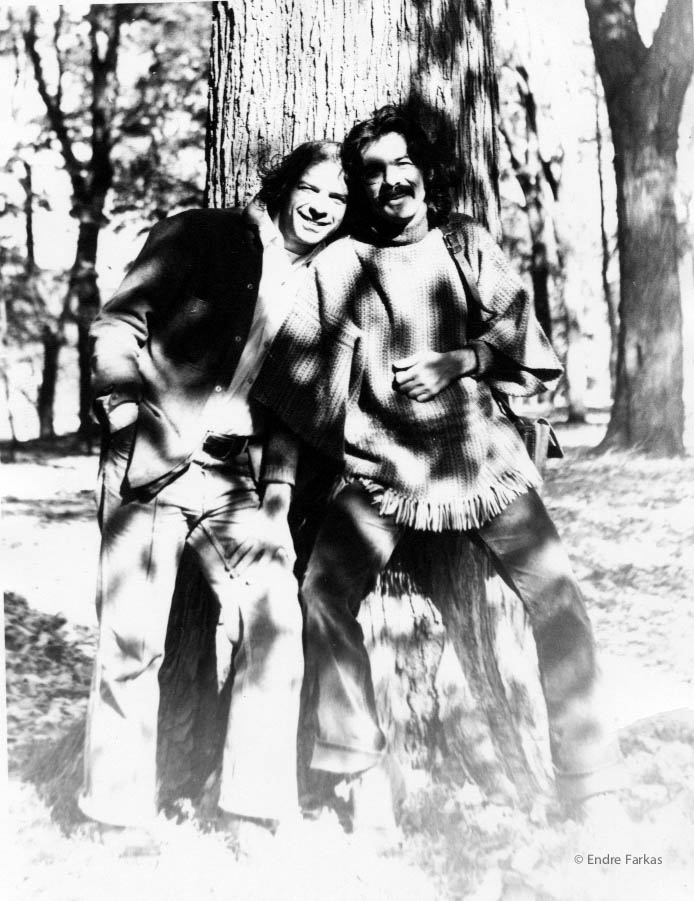 EF: Yeah. It was a real rundown neighbourhood, long before it was trendy. He did a lot of work on it.

LR: A lot of literary types settled on Drolet, Laval and around there.

EF: It was so cheap, I wish I bought one myself. But back to your point about grants: you didn’t have to have much to get a Canada Council grant back then. You could easily get $125 to bring in a reader, which were big bucks then.

LR: What about before that era, which only started around ’72, ’73. In the 60s, did you see readings at places like the Yellow Door? I know you mentioned Café Prag at one point, were there readings there?

EF: That was a coffee house, the Yellow Door had its coffee house but it was basically for folk music. There was Karma Café, run by Concordia students opposite of the Hall building, downstairs. That’s where I remember hearing Artie Gold for the first time during an open mic.

LR: Did you go to the New Penelope?

EF: Yeah, but that was just music. I saw The Fugs there, and remember that Tuli Kupferberg started the set reciting their “What To Do in the Event of a Nuclear Attack”. I saw Sidetrack and some other bands there. The Swiss Hut next door was more for people Leonard Cohen’s age, like one generation before us. But we weren’t into drinking that much, we were more into smoking.

LF: What about St. Louis Square and Prince-Arthur, did you hang out much there?

EF: Carré St.Louis was the heroin scene in those early days, and there was no scene on Prince Arthur. My aunt had a little snack bar there. It wasn’t trendy.

LR: I know there was a Polish social club where Café Campus now is. Mazurka sadly closed a couple years ago.

EF: Oh, Mazurka was the greatest restaurant, you could go there and have a cheap meal, eat all the bread all you wanted.

LR: You probably could eat there for 50 cents or something like that?

EF: It was about $2.50 a meal and you could stay there all night if you wanted to but those weren’t literary hangouts for my generation. It was more about the cafés around McGill, and Véhicule Art on Sunday afternoons. In the evenings, we would get together at each other’s places like Artie’s place or my place or Ken’s place, we all lived around. Well actually, I moved near Outremont on Bernard, I had a place with eight rooms for $135 a month, just my wife and I. Back then, you could have six bedrooms on the Plateau or Mile-End, but they’ve all been cut into two places.