Erik Slutsky is a longtime Mile End native and veteran visual artist, who we met through his hosting of the New Penelope Facebook group – a group that since 2013 has become a lively place for nostalgia about the 1960s music scene, centered around the legendary venue. He kept his copies of old New Penelope Café newsletters, concert posters and many clippings about the wider music scene of the time, material which helped kick-start the memories as the Facebook group took off in no time. We chatted over a couple of summer afternoons about his experiences growing up in Montreal. I asked him about what it was like starting a band, seeing all those great shows and seeing the city change from the mid 60s to the late 1970s.

A ticket stub from the collection of Erik Slutsky.

ES: Being a kid was a lot different then, a lot different. As a little kid (in the 1950s) I took my bike everywhere, we took our bikes to school and nobody worried about safety. Our parents, if they thought about it, we never heard about anything about it, we did whatever the hell we wanted. As far back as I can remember I had total freedom. If we were hungry we would just run into one of the kids’ houses, anyone’s, and just grab something from their refrigerator and eat, and then we would leave. And then we would go play again. No one ever thought of telling us that we couldn’t eat their food, it just seems like part of what the kids did. When you think about it, this way the mothers didn’t really have to take care of their children during the day, because we were out all day. If we weren’t in school, we were out playing. We didn’t hang out and do homework for hours and hours. Life was good. Simple, cheap, safe, fun.

LR: Was high school the same as it is today? Secondary 1 to 5…

ES: You stayed in elementary school until grade 7, then you did four years of high school. I feel sad for kids to have to spend five years in high school, because high school was not a place you wanted to stay very long, you wanted to finish and get out of there already. When they took a year out of primary and added it to high school, I was like: poor kids, five years in a high school? What a drag. It’s a pretty big age difference, it’s kind of a strange mixture of 12 year-olds and 16 year-olds, you don’t exactly get along.

LR: Were the school boards divided?

ES: It was Protestant and Catholic.

LR: But you were of Jewish extraction.

ES: Right, so I went to Protestant school all my life. You couldn’t go to Catholic school, they didn’t accept Jews. I didn’t even know any Catholics. Everyone I knew was Protestant, except for the few Jews in the schools I went to, which is the reverse of my parents, who went to Protestant school but everyone there then was Jewish. But they went to school around St-Urbain, although they were protestant schools, something like 90% of the students there were Jewish. But where I went in Town of Mount-Royal was exactly the opposite. We were maybe 10% Jews and the rest Protestant. So I just grew up with them, and sang the same hymns, said the Lord’s Prayer every morning.

LR: And no one batted an eye.

ES: Not until I was old enough to question what I was doing singing Onward Christian Soldiers. A lot of Jesus stuff I used to like singing just because I liked singing. We started with saluting the flag and singing God Saves the Queen every morning, then the Lord’s Prayer and then hymns and then school. I did that for years and years until I was about 13. Why am I singing about Jesus? Although I didn’t really care up until then because my parents didn’t follow anything.

LR: So your family was fairly secular.

ES: Totally. So one day I decided not to sing the Christian songs. I was told to write out the line 500 times as punishment.

LR: Oh my god, can you imagine the court case today, the discrimination…

ES: Yeah, it’s a whole different ball game. Unless you are living in like… Saguenay.

ES: I think it’s going a bit too far because you know, we did it and we just moved on, we had other stuff to think about. The words meant nothing to us. If you were a religious Jew, you wouldn’t go to that school anyhow. 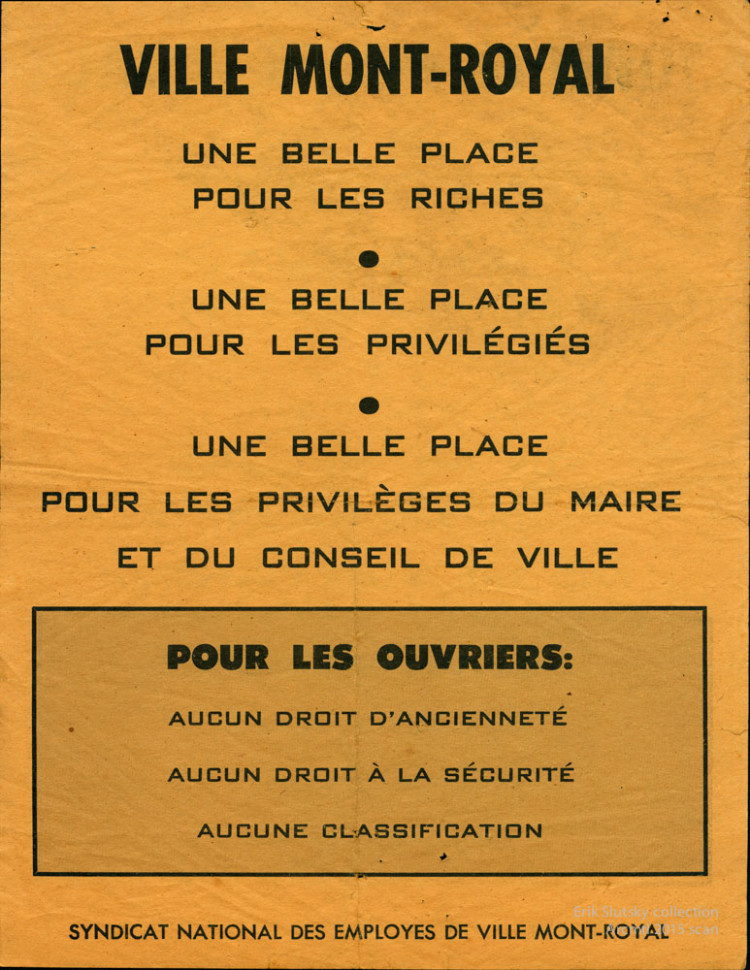 LR: I know you were also in a band fairly young, was it in high school?

ES: No, I started about 12 or 13. It was when the Beatles had become popular worldwide. It was a battle between the Rolling Stones and the Beatles, so all of a sudden our lives turned towards music.

LR: Was that right after Ed Sullivan…

ES: I already knew about them before the Ed Sullivan show, and like most kids, we were all waiting to see that show. I watched it with my parents. We watched it together, and later the Rolling Stones as well, which was completely shocking after seeing The Beatles… The Beatles looked clean cut and proper, nice boys and the Rolling Stones were seen as bad boys. For a lot of us, it kind of taunted us in two different directions. Do we like the sweet kids with the nice songs, or do we like the tougher guys with the more raunchy stuff? We kind of flipped between the two, you had your Beatles fans and you had your Rolling Stones fans. I had a Beatles wig, I actually wore one on the bus going to school– can you imagine?

LR: Now how quickly did that come about? People selling Beatles wigs …

ES: I think the day they played on Ed Sullivan, the day after, there were Beatles magazines everywhere, I bought Beatles magazines, I started buying my Beatles records right away, I also started buying Rolling Stones records as soon as I could. I don’t know where I got the money, I guess I got an allowance. Records were probably pretty cheap. I think Dominion stores were selling them, Dominion like Steinberg, had a record section. I think I bought the Animals record there at the TMR Dominion store. I bought the Beatles there, I also had a big collections of 45’s. Then I started playing in a band.

LR: Was any of this music on the radio?

ES: Not in Montreal. And we couldn’t pick up American stations. Records and word-of-mouth from friends and going to the record stores like Phantasmagoria, they would be playing stuff all the time, whatever was current, and I think you were able to listen on headphones there. Archambault started to do that a bit later.

LR: In the meantime, everybody would just sit around playing records and you would hear records that other friends had…

ES: Yes of course, and we would write the words down so we could sing the songs and stuff. The band was just for fun at first — we practiced in my parents’ basement, because they seemed to be the only ones who would allow a group to play. There was a drummer, and we had a Hammond organ, it had speakers with a fan in it giving it that special sound, which was pretty cool. A lot of bands were using that at that time. We had a bass player, lead guitar, singer. And then later we had a trumpet and sax when groups like Chicago, Blood, Sweat and Tears came out. My group played at my bar mitzvah, I still have it somewhere, it was filmed on 8mm. We were either called This Side Up or Cold Sweat, I don’t remember because we changed names at one point. We had cards, which we wrote by hand with our names and phone numbers. We played in my basement for neighboring kids. I had already started writing music already by the time I was 14. The band only played one or two of my songs but I did it for me.

The New Penelope started for me in 1968, when I was 15, so we must have been playing blues already by the time I was 14.

ES: Mount Royal High School. My band played at the graduation. I remember Frank Marino (later of Mahogany Rush), who I went to school with, played a few tunes with us there. Between the ages of 15 and 17, we played most of the fraternities at McGill that would hire us, whether it be a Christmas party or some kind of frat party, where there was a lot of drinking and carousing going on.

LR: So those gigs weren’t concerts where people pay and sit and watch you play …

A listing of an appearance of Erik Slutsky’s band, Cold Sweat, circa 1969.

ES: They were dancing and drinking and talking. We got paid, not very much. Disc jockeys were not a big deal yet. And of course, even when they started it was not like DJs today, it was just basically putting on a record.

So we played at different schools for different events… a lot of churches would hold dances in their basements on the weekends, I guess they thought it might keep the teenagers off the streets or something. All the kids would get stoned anyhow before they went to the church basement, and nobody was searched so people brought in booze anyhow. And everybody was underage, nobody gave a damn. After high school we were off to CEGEP or University and had to make a decision: are we going to really try to make a career out of this? Because if we are, we will have to maybe take a year off school and work hard at it, we were looking at getting a manager and maybe do something more serious. Finally, the majority of them decided no, they just couldn’t give the time to make the music, so we broke up and sold our equipment.

LR: When you took the name Cold Sweat, I can’t help but presume that’s because James Brown’s hit was out at that point. Did you play any James Brown’s songs?

ES: Yeah, I think we did play one James Brown song, one of his big ones though. I remember more that later on in the band, when we finally got our horn section, we were doing a lot of Blood, Sweat and Tears type of stuff.

LR: Did you record anything?

ES: We did have an eight track Grundig tape recorder. But I don’t think I have those tapes anymore. The machine was in my mother’s basement, I think I trashed the machine and may have thrown out the tapes.