Juan Rodriguez is Montreal’s most esteemed, even legendary, rock journalist. He began writing about the music he loves in the early 1960s while in high school, publishing one of the first local music fanzines, Pop-See-Cul, from 1966 to 1970. He has written countless articles about music ever since, for the Montreal Star, Montreal Gazette and many others. 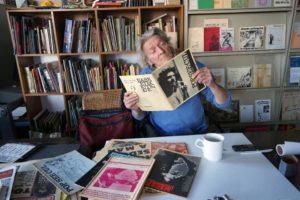 It was an honour to have him spend an afternoon at Archive Montreal in the spring of 2016, flipping through extremely rare copies of his own Pop-See-Cul and other vintage Montreal magazines, and giving us the back-story as only he could. We also spoke of his time growing up in 1950s Montreal, among many colourful anecdotes such as his encounters with Frank Zappa, Janis Joplin, the young Rolling Stones and local rock god Michel Pagliaro. The conversation included Archive Montreal co-founder Louis Rastelli, local music expert Alex Taylor and Juan’s longtime friend and collector, Drew Duncan.

JR: I was born in England in 1948, and we came over here when I was five. You see, in 1953 they still had war rations in England. I had two sisters and my parents basically said, we cannot live on war rations. It was, like, one egg a week. Even though they had won the war, eight years afterwards, they still had rations! So my father got a job at the BBC international service, in the Spanish section in London. He eventually rose to become the head of the Spanish section … My father had a great voice, a very stentorian voice. He had made a movie in England with Noel Coward, who was the star, and he played the Spaniard. And while he was doing that job he had a second job as a ticket-taker at the racetrack. And my father was a bit of a gambler too, so… My mother wasn’t too pleased with that. But every week or so, he’d come back with a pile of money– but you know, nobody wins at gambling. At any rate, very soon after coming to Montreal, my father met Sam Gesser, who was the Montreal representative of Folkways Records. Sam got my father to do readings from Cervantes’s Don Quixote, and poems of Garcia Lorca for Folkways albums. (And they’re still available, if you write to the Smithsonian they’ll make a CD for you.) My father would also give readings, I remember my first visit to the Gesù Theater was for a reading. Sam wanted him on tour in the US because of the large Spanish population, and my father for some reason didn’t want to do it. He had a sort of lack of ambition. Sam was kind of upset because he thought that my father could succeed there. He was a lovely man, Sam Gesser, fantastic guy. Now I’m friendly with his widow, which would be his second wife, Ruth.

LR: Did your dad ever cross paths with Allan Lomax at the BBC?

JR: I think the family met Allan Lomax once. I heard he’d gotten music from Spain and all these other countries in Europe after being chased out for avoiding the commie witch-hunts in the US…

LR: We were just talking earlier, my speculation was that your dad would’ve been in the Spanish Civil War…

JR: Yes he was, and he used to tell us some horrific stories. My father fought on the good side, but he got imprisoned twice, and the second time he managed to escape to France and he joined De Gaulle’s free forces, then went on to England. In 1960, my father won an award in Spain called the Ondes Award for voice, and for the first time, under Franco, he had multiple assurances that nothing would happen and went to get the award. That was the first time I had ever been in Spain.

LR: Did he ever hang out at the Spanish Club?

JR: He certainly did, much to the chagrin of my mother. And sometimes he would do the trifecta; Blue Bonnets, Spanish Club, cognac, etc… That was where a number of Quebecois people like Claude Péloquin that hung out there.

DD: What street did you live on in Cote-Des-Neiges, by the way?

JR: The first place was on Dupuis Avenue. Then about a year or two later we moved to Van Horne Avenue, 5393 Van Horne.

LR: The Côte-des-Neiges area, I’m presuming was like it still is now, a landing-pad kind of place for immigrants…

JR: No, Van Horne was Jewish, we lived in that part, sort of before Côte Saint-Luc began (and many of them moved there afterwards). When we lived there, Côte Saint-Luc was just a huge, huge park. That’s where we used to play as kids. You would walk straight down the end of Van Horne and suddenly you were in the woods. 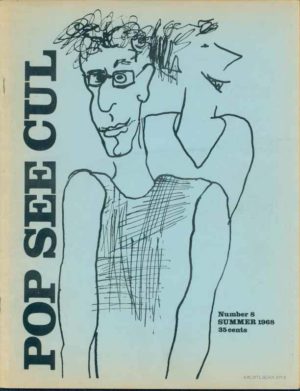 AT: This is also before the Decarie Expressway right?

AT: That was convenient for your father I guess, with the Blue Bonnets racetrack not too far…

AT: Were there any places for young people to hang out along Decarie back then, anywhere to see shows?

LR: You would have been too young to see performers at Ruby Foo’s and that whole strip…

JR: Oh, I knew that whole area for sure. I was often the only non-Jew in our class, West Hill High School was 96 or 97 percent Jewish, so whenever they had Jewish holidays I had days off. I was class president twice in a row. There were three people in the running and they were all Jews, and one of them was Corky Laing. He was in my class, a very go-getter guy…

AT: Was he already drumming back then?

AT: Did you stay in touch?

JR: Yeah, when I was on the gig for The Montreal Star, I did an interview with Corky.

At the time I was in high school, JB and The Playboys was the group from Montreal. The Haunted were the quote-unquote “underground” band but JB and The Playboys actually had chart hits. The first Montreal chart hit was by The Beau Marks who did “Clap Your Hands.” That was 1960 or so, it had a bit of a regional US following.

LR: When did you first catch one of these shows? I’m presuming it was a curling club show or something when you were like thirteen, fourteen? Was it after the Beatles on Ed Sullivan?

JR: Yeah, I was clued in to everything before Ed Sullivan because my mother would get The Observer from England…

LR: Did you ever get records mailed over from England? 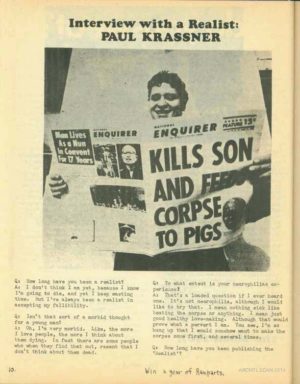 JR: No, but I began to pick up their stuff locally. Of course you had to make up your mind in those days; Beatles or Stones. I was a Stones guy because I prided myself on being the first person in town to know what the Stones were all about. I rushed up to Queen Mary Boulevard, they had a toy store just west of Decarie, that sold records in back, and that’s where I got my records from. At that time, I got “Not Fade Away,” of course…

AT: That was the first one in Canada I think?

JR: Yup. But, what I really prided myself on is that I got the Phil Spector singles and I had almost the complete collection. For me Phil Spector was the producer because he created his own sound.

LR: Do you remember what radio station you were listening to?

JR: Well, you know, CKGM or CFCF. CFCF was The Dave Boxer Show, and CKGM was Buddy G; George Morris. In ’64, The Animals had “House of the Rising Sun,” six minutes long! Sometimes Dave Boxer would play the whole six minutes, other times they had a radio version. But Dave hated the song. He held a contest, “Why I Like The Animals,” and I wrote in this sort of scholarly article about the blues, and I won. I was sixteen. I was thrilled when Dave Boxer said “I still hate The Animals, but this was a very, very good paper …”

LR: Was that the earliest you started writing?

JR: I wrote for the high school yearbook. It was only in my last year of high school that I decided I should contribute something.

LR: You mean contribute to the school newspaper? 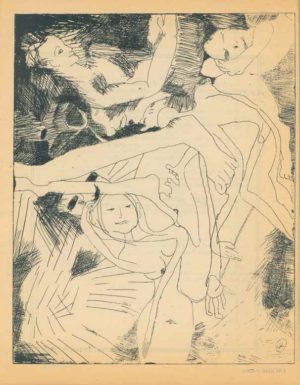 JR: We didn’t have a school newspaper. What I did do is cartoons, they were called Pop-See-Cul Cartoons. I would tack them up on the bulletin boards.

LR: The Play on words was your invention?

JR: Yeah, absolutely. And the French, they thought that the title of the magazine was a real hoot, I mean, geez. And I hadn’t a clue about Cul (meaning ass)… I thought it was just “Pop,” “See,” the eye, and the “Cul” as for culture. Pop-See-Cul, the play on words with popsicle.

LR: So you were about seventeen when you began putting out Pop-see-cul?

JR: Yeah. At the time, my mother wanted me to go to McGill, but my grades just weren’t good enough. I could get to Concordia, but not McGill. My mother, because of the snob thing, wanted me to go to McGill or nothing. She said, “Well, if you’re not going to McGill, you’re going to have to work.” So I found a job as a mail boy at the Montreal Engineering Company, which was directly opposite from the Montreal Star at that time. I kept going back and forth there, I would work six months there and then I’d quit, then I’d come back. I was the chief of the mailroom eventually. I printed the first couple editions of Pop-see-cul on their mimeograph.